Zakynthos (aka Zante) is a verdant island endowed with fertile valleys and a temperate climate (area: 406 sq. km; coastline: 123 km). Its landscape diversity has resulted in different types of beaches: there are sandy beaches in secluded coves where the tranquil waters are deep blue on the island’s southeastern part; yet, if rugged cliffs and an interesting underwater world are to your liking, try the western part of the island.

The Venetians, who ruled Zákynthos from 1484 to 1797, called the island “Fioro di Levante” (flower of the East) as there are over 7,000 species of flowers on Zákynthos. The third largest island of the Ionian Sea, after Corfu and Kefalonia, is internationally known as “Zante”. Zakynthos is said to have been the island’s first inhabitant and the ancient acropolis is attributed to him. He was the son of Dardanos who ruled the ancient kingdom of Frigia. A Venetian fort was built at later times on the site. 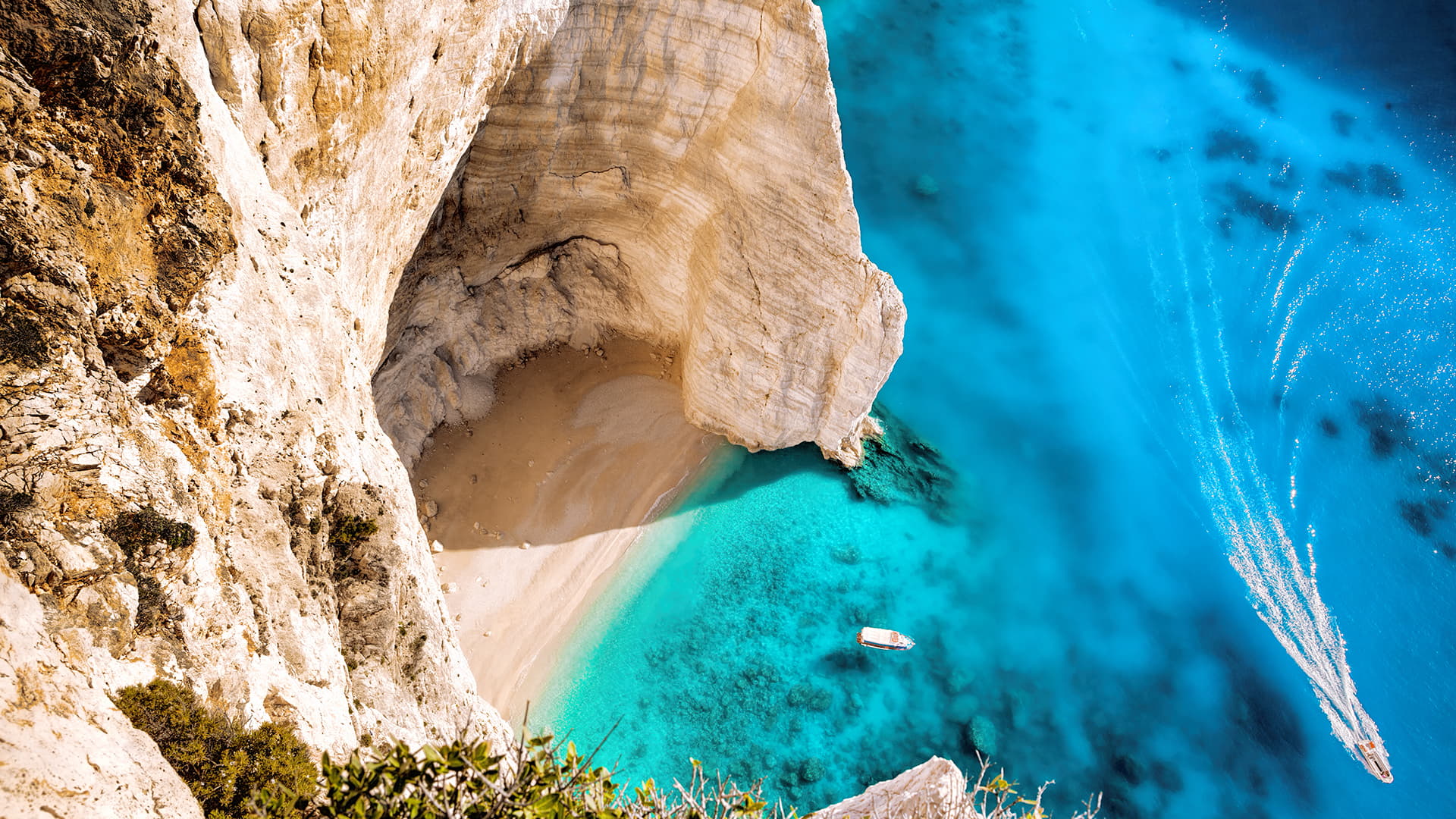 One could say that Zante is synonym to superb beaches, great nightlife, beautiful scenery and ideal watersports destination. What more can you ask when on holiday?

Zante; the flower of the East.

The Venetian architectural influence has left its stamp on Zante despite the damage sustained due to the seismic activity in the area. After the ravaging 1953 earthquake and the ensuing fire, a number of historical buildings and churches burned to the ground. Consequently, the significant treasures these buildings were housing perished. The town was rebuilt according to a plan where strict anti-seismic specifications applied and, to a large extent, respecting the town’s former architectural structure.

The city of Zakynthos is the capital of the island and at the same time the island’s port.

Take a tour around the city and visit:

Zakynthos is famous for its cultural life.

Some of the famous cultural Events are:

Litany and artistic events in the memory of Aghios Dionysios on August 24th and December 17th.

Easter: The Holy Week in Zakynthos has its own character with ancient customs and an exceptional rite as far as the religious ceremonies are concerned.

The celebration of Holy Week on Zakynthos Island is considered to be unique and unforgettable both for locals and visitors to the island. At noon, on Good Friday, crowds of worshippers take part in the procession of the Crucified through the town.

In the early hours of Holy Saturday morning and starting from the “Saint Nicolas” Cathedral Church the epitaph procession takes place in accordance with the local ancient custom, while the Bishop announces the Resurrection at sunrise.

At the first chime of the bell, the Bishop lets white doves free while from the bell tower clay vessels are thrown onto the road just as is done by all the inhabitants of the island out of their windows.

Zulu
Open chat
1
Need Help? Chat with us
Start a Conversation
Hi! Click on button and one of our member chat with you on WhatsApp.